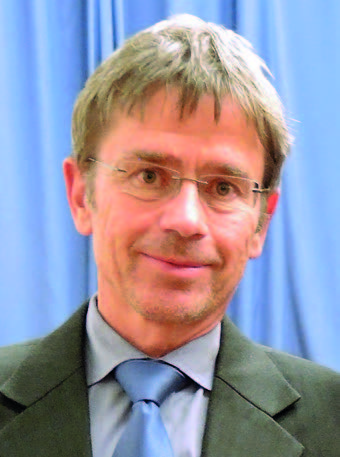 Stefan Rahmstorf is Professor of Ocean Physics at Potsdam University and head of Earth System Analysis at the Potsdam Institute for Climate Impact Research. You may follow him on Twitter @Rahmstorf.

For the past three million years, the Earth’s climate has been characterized by a series of ice ages interrupted by shorter warm periods called interglacials. Human civilization developed in the most recent of these interglacial periods, called the Holocene, which started around 10,000 years ago. On the basis of current discussions between Earth scientists, anthropologists, and geologists, we can assert that the Holocene has probably ended: we have now entered the Anthropocene—a new and unprecedented geological age, where many changes on a planetary scale are dominated by human activity.

The cumulative effect of all human activity on the planet has resulted in an urgent, planetary-scale crisis that will fundamentally affect the ability of future generations to continue to thrive on Earth. Our climate has become unstable. The only way to fix the problem we caused is to agree, as a species, to complete a major energy transformation in a few decades’ time. This is evidently one of the hardest tasks humanity will ever have to undertake. But we simply have no alternative.

The cause of the ice age cycles was first understood nearly a century ago by famous Serbian mathematician, astronomer, and climate scientist Milutin Milanković—namely, the cyclical variations of Earth’s orbit and the tilt of its axis. The buildup of continental ice, through tens of thousands of years of accumulated snowfalls, was so massive that, at the height of the last ice age, 20,000 years ago, the global sea level was 120 meters lower than it is today. That is how much water was missing from the oceans, sitting on land in the form of huge ice sheets that were around 3,000 meters thick.

Today, thanks to Milanković’s pioneering work, we use ice age cycles to test our climate models. For quite a few years now, some of these have been able to reproduce these ice age cycles, including the waxing and waning of the massive ice masses on the northern continents: this occurs when the model is driven by orbital cycles together with the observed variations in amounts of CO2 in the atmosphere. However, this is only half the story. The other half means also predicting these CO2 variations, which act as an amplifying feedback during ice age cycles. For that, one needs a carbon cycle model in addition to a climate model. Scientists have only recently succeeded in properly reproducing past ice ages driven by orbital variations alone, using an Earth system model that can predict not just the climate, but also the carbon cycle. 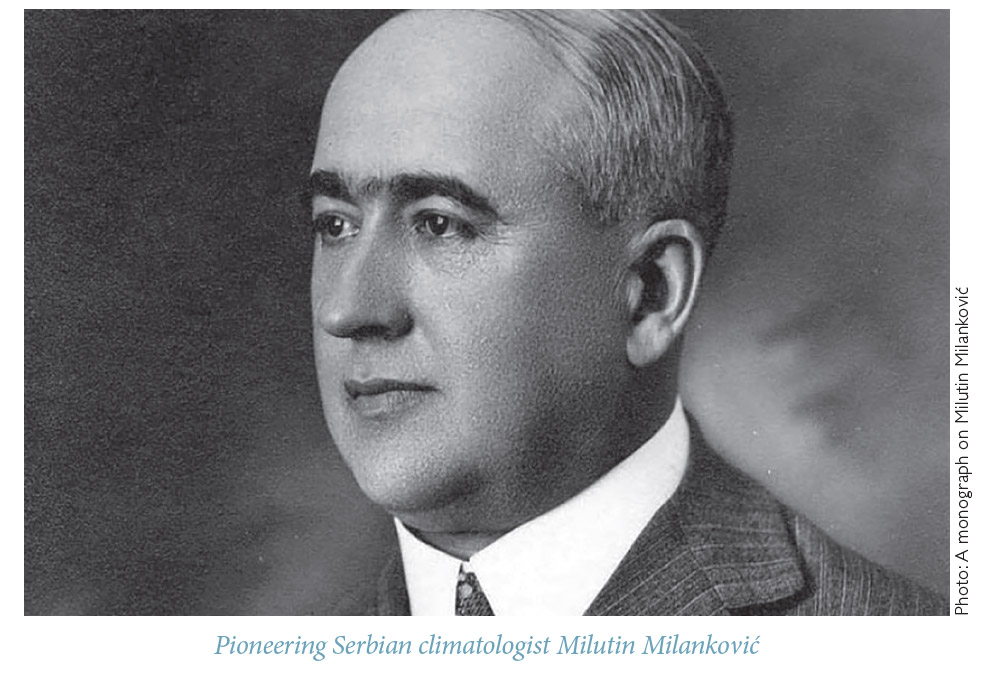 Equipped with the knowledge of the Milanković cycles and carbon dioxide concentration in the atmosphere, we can now accurately predict the onset of all previous ice ages over the past 800,000 years, for it turns out that there is a universal threshold for the commencement of an ice age. The Milanković cycles can be predicted with astronomical precision millions of years in advance. So, when can we expect the next ice age to begin?

Without human CO2 emissions, the next ice age would begin in 50,000 years. But we have already emitted about 500 billion tons of carbon, and enough of that will still hang around in the atmosphere 50,000 years from now, which will likely prevent the onset of the next ice age. If we add another 500 billion tons—and we will do so over the next few decades, unless we fully implement the 2015 Paris Climate Agreement—then it’s a virtual certainty that the beginning of the next ice age will be prevented by the hand of humanity. Because CO2 in the atmosphere has a very long lifetime, what we are doing to our planet right now will leave a legacy for tens of thousands of years to come. That is one reason for calling the present era the Anthropocene.

The Rise in Carbon Dioxide

A powerful symbol of these human-induced changes is the famous Keeling Curve, one of the most important data curves of twentieth-century science. It documents this phenomenal change of carbon dioxide in the atmosphere. Figure 1 shows that human emissions have increased the amount of CO2 in the atmosphere by 45 percent. It is now higher than at any time in at least the last three million years. There is no reasonable doubt that this entire increase has been caused by human emissions. 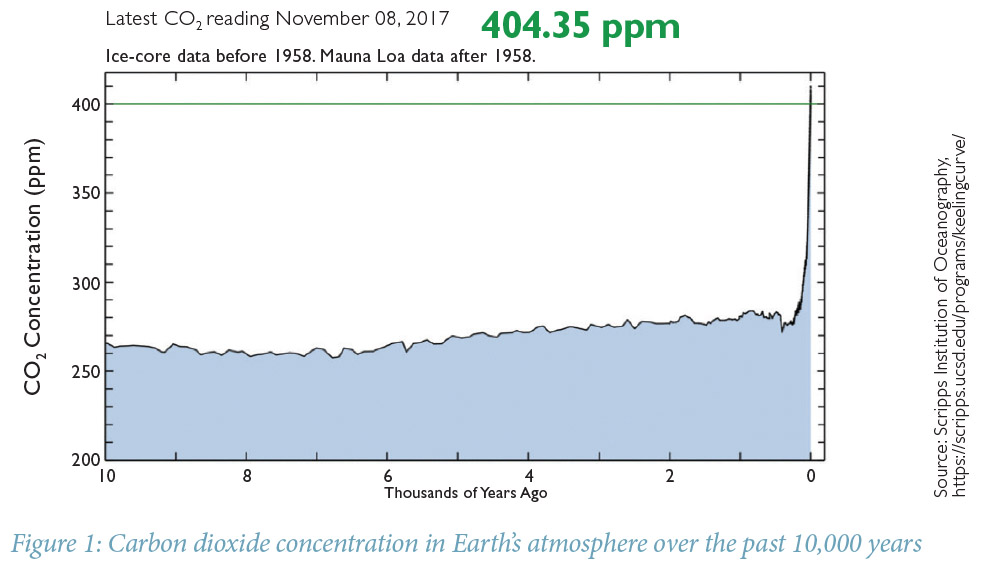 There is also no reasonable doubt that this CO2 increase has a deleterious effect on climate. This increase in CO2 leads to an extra heat trapping of 2 Watts per square meter of the Earth’s surface. This is what we physicists call “radiative forcing,” and this heating is the cause of global warming. Several other greenhouse gasses that are also emitted into the atmosphere by human activities add to the radiative forcing as well, but carbon dioxide is the most important among them.