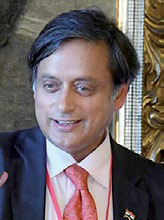 Shashi Tharoor is a third-term elected member of the parliament of India and Chairman of its Standing Committee on Information Technology. He is a former Minister of State for Human Resource Development and Minister of State for External Affairs as well as a former Under-Secretary-General of the United Nations. This extract from The Paradoxical Prime Minister: Narendra Modi and His India by Shashi Tharoor is reproduced by permission of the author and Aleph Book Company, New Delhi. You may follow him on Twitter @ShashiTharoor.

India’s economic growth rate has halved in just three years: in the most recent quarter (July-September 2019), the rate of expansion slumped to 4.5 percent—the lowest since before the time prime minister Narendra Modi came to power.

Well, I told you so.

In 2014, I published India Shastra, a volume of essays about contemporary India. In it I examined the then new prime minister of India six months into his assumption of office. This is what I wrote then:

There is a paradox at the heart of Mr. Modi’s ascent to the prime ministership. His speeches and rhetoric appear to recognize, and harness, a vital shift in our national politics from a politics of identity to a politics of performance. Yet he has ridden to power at the helm of a party, the BJP, which is ill suited to the challenge of delinking India’s polity from the incendiary issue of religious identity that it had built its base on. And his rise to office has empowered the khaki-shorts wearing “cultural organization,” the Rashtriya Swayamsevak Sangh (RSS), whose views on every subject—economics, politics, history, culture, morality, gender relations, even matters of appropriate dress or conduct——are totally illiberal. Mr. Modi has built his appeal by putting the focus on what the Indian people manifestly need-more development, better governance, wider socio- economic opportunities. But having won an election by attracting voters to these themes, he has given free rein to the most retrograde elements in Indian society, who are busy rewriting textbooks, extolling the virtues of ancient science over modern technology, advocating protectionism and self-reliance against free trade and foreign investment, and asserting that India’s identity must be purely Hindu. Mr. Modi cannot be oblivious to this fundamental contradiction, but he can only resolve it by jettisoning the very forces that have helped ensure his electoral victory. I am not sure whether such a fundamental contradiction can even be resolved, and in that may lay the seeds of Mr. Modi’s future failure. 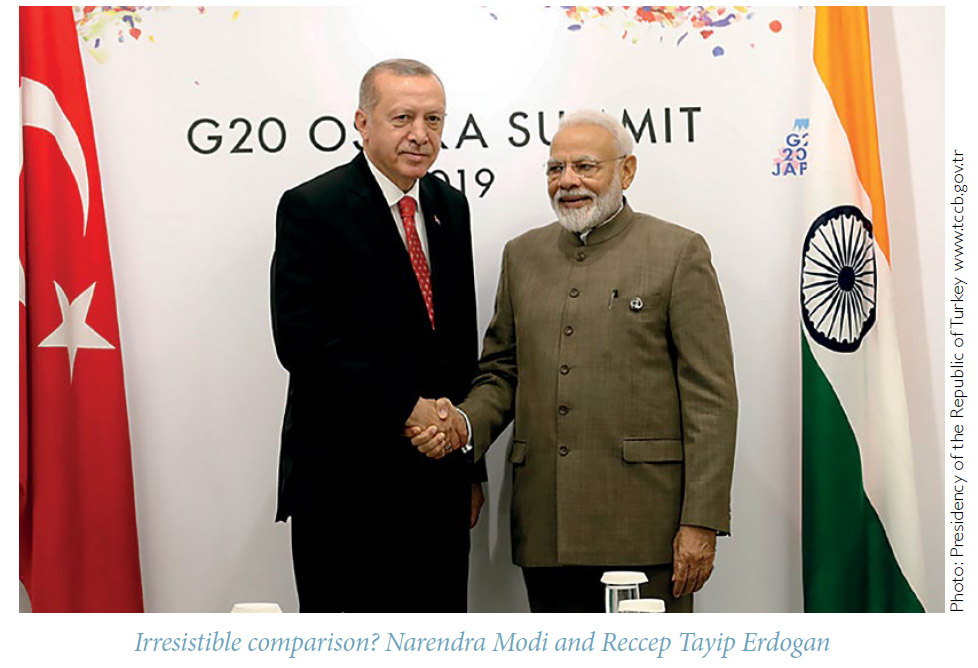 Five years later, that failure is clearly apparent. The story of these last years is a story of missed opportunities and dashed hopes—of seeing expectations raised to the heights by lofty rhetoric only to come crashing down in the face of depressing reality. Modi’s years in power have been ones of disappointment for believers, vindication for the skeptics, and frustration for all who want India to thrive.How then, as a fair-minded Opposition MP, does one look back at the Modi years? What can one make of a man who speaks of tolerance and accommodation while condoning hate speech by party members he has appointed as ministers? How does one interpret a PM who speaks of “minimal government, maximum governance” but is in the process of running the most centralized, top-down, bureaucracy-driven, personality-cult dominated central government since Indira Gandhi’s Emergency rule? What conclusion can one reasonably derive about a leader who says, the “government has no business to be in business” but has never said a word to question the anomaly of his government owning and running airlines and hotels? How can one interpret the intentions of a prime minister elected on a promise of delivering results, whose very fine speeches and liberal pronouncements appear completely disconnected from any tangible action plan, adequate funding or execution capacity?