Masoud Barzani is President of the Kurdistan Region of Iraq. 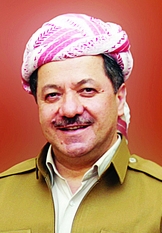 Given its strategic importance, the Middle East has always been at the junction of the interests and disputes of major international players, with turbulences in the area often having grave consequences for international security. Regrettably, the Middle East is going through a difficult period: sectarianism and extremism are on the rise and civil war continues unabated in many states. It, therefore, becomes safe to state that the borders from the Sykes-Picot Agreement are fading and some regimes are shaking.

The existence of the Islamic State in Iraq and Syria (ISIS) stems from a continuation of issues that have collated over decades, without genuine efforts to find solutions. These problems have been an untreated wound that has led to an infection. These same outstanding, unresolved issues have led to the rise of other sorts of extremism. It is precisely that lack of will to find solutions that has led to the exacerbation of problems and the posing of more serious threats to international peace.

Despite the bleakness of the situation, there is still a light at the end of the tunnel. Moving towards it, however, requires an understanding of realities on the ground-including heeding the calls of the peoples of the region.

The Kurdistan Region has demonstrated that it is a key Middle East player and an active contributor to solutions. In addition, the Region serves as a secure haven to millions of internally displaced persons (IDPs) and refugees fleeing persecution and violence. While some of these IDPs are from other areas of Iraq, a great number of refugees are from other parts of the Middle East—most notably Syria. Since 2003, the Kurdistan Region of Iraq has served as a safe haven for Iraqis fleeing the continuous violence and sectarian conflict facing the country. It has also served as a refuge for non-Iraqi inhabitants of other areas who fled the brutality of some Middle East regimes that responded to efforts by their citizenry to participate in the Arab Spring movement for change.