Nobuo Tanaka is a former Executive Director of the International Energy Agency (IEA), and Global Associate for Energy Security and Sustainability at the Institute of Energy Economic in Japan and Fellow at Columbia University’s Center on Global Energy Policy. An earlier version of this essay was presented in Tokyo at the October 2014 Innovation for Cool Earth Forum (ICEF) 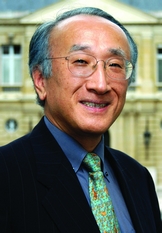 THE International Energy Agency (IEA) published its Energy Technology Perspectives (ETP) in June 2014. This document is the IEA’s biennial flagship publication concerning the energy technology solutions for a sustainable future. In light of forthcoming summits on the UN post-2015 sustainable agenda (in New York in September) and climate change negotiations (in Paris in December), the ETP’s conclusions need to be read with particular care and attention by policymakers.

The 2014 ETP indicates that a revolutionary transformation of the share in percentage of power source supply needs to happen in order to achieve almost zero carbon generation for containing atmospheric temperature rise to two degrees Celsius (2DS) by the end of the century. Today, 68 percent of electricity is generated from fossil fuels and 20 percent from renewables, while, as seen in figure 1, in 2050 the 2DS indicates that 65 percent needs to come from renewables and 20 percent from fossil fuels.

There are at least three obvious challenges to moving forward in the direction of the 2DS.

Firstly, the greatest increase must happen in variable renewable generation—such as wind and solar—in order to account for as much as 30 percent of electricity generation. How can this revolution happen with affordable prices?