The Battle for Pluralism

Marwan Muasher is Vice President for Studies at the Carnegie Endowment, where he oversees its research in Washington and Beirut on the Middle East, having previously served as Deputy Prime Minister and Foreign Minister of Jordan, as well as the country's ambassador to the United States 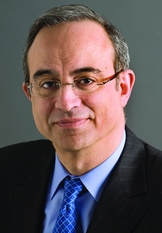 THE Arab world is hardly in good shape today. The Arab uprisings that started almost four years ago have so far not resulted in stable, democratic, and prosperous societies. With the exception of Tunisia—which is witnessing a smoother transition process due, not coincidentally, to its inclusionist discourse—the rest of the Arab world is struggling, at best.

ISIS in Syria and Iraq might not be a military superpower, but its very raison d’être hits at the core of the cultural diversity of the region, threatening centuries of co-existence for certain groups, such as the Christians and the Yezidis. The ISIS burning of Jordanian pilot Muath Kassassbeh highlighted the level of barbarism and exclusion this group is introducing to the region.

In countries such as Egypt, exclusionist policies by both the Muslim Brotherhood and secular, so-called “liberal” forces, have meant the country is still mired in deep economic crisis and political stagnation.

And in the Gulf, countries are still behaving as if the problems are purely economic. They have attempted to literally pour money inside their own countries, as well as around the region, in an attempt to slow down—if not reverse—the transformational process we are witnessing.

Four years after the start of popular movements frustrated by their respective governments’ lack of attention to good governance and equitable growth, few lessons have, as yet, been learned. Popular movements against authoritarian rule have not found a way to transform themselves from protest-centric groupings to ones contributing effectively to building democratic institutions and cultures; governments, for their part, have not understood that, from now on, keeping power necessarily means having to share it.