The Reform of Mexico's Oil Industry and Pemex's Transformation 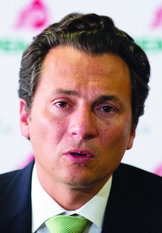 SINCE the beginning of the twenty-first century, a number of changes in the global oil industry have radically transformed the environment in which oil and gas companies operate. These have been triggered by rapid technological advancements in the industry.

The most visible is, of course, the successful development of hydraulic fracturing and horizontal drilling technologies, resulting in the “shale revolution” in North America. This development initially led to the decoupling of gas and oil prices in that region, and later to the rapid increase in crude supply in the United States—one of the driving forces behind the recent fall in oil prices.

Less talked about—but also significant to the future course of the oil and gas industry—are two other contemporary trends. The first is the set of developments in deep and ultra-deep water drilling technologies that have expanded the geological frontiers available to oil firms; the second is the continuous improvement of enhanced recovery techniques which have enabled a constant increase in the amount of recoverable resources from a given stock of oil.

These technological trends have dramatically shifted the scenario for oil and gas firms by leading to changes in the financial framework in which they must operate—increasing the magnitude of resources involved in each project, as well as the risk profile of many new developments—and in the business model offering the best chance of success in different projects.

New Production Fronts
These changes are of particular relevance to Mexico, given the geological profile of potential hydrocarbon resources at our disposal. Whereas most of our production has to date come from onshore and shallow water fields, the largest share of our future production will have to come from three new fronts.