Abdullah Gül is a former President of the Republic of Turkey 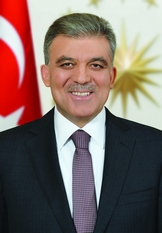 THE state of world affairs over the past decade has been characterized by complexities that defy easy analysis and prognostication. Global developments experienced during the previous year have only added to existing difficulties-particularly in terms of guidance and progress. In fact, it is a cause of concern to see even the most experienced statesmen and intellectuals fall into a state of despair. We face a novel set of circumstances driven by the fact that, despite the economic interdependence produced by globalization, the scope and scale of politico-ideological conflicts and fragmentation has grown.

I would like to confine myself to pointing out a few of the most significant paradoxes, in order to draw attention to the increasing complexity of the situation. While the dramatic decline in oil prices pleases consumers, its concomitant result—in the shape of stagnation in energy sector investments—has created anxiety. Moreover, the upward trend of the U.S. dollar has caused new fragilities in emerging markets, lowering growth rates, and a downgrading of export capacities.