A German View on China 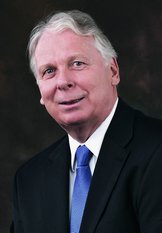 TWENTY-FIVE years ago Francis Fukuyama proclaimed the “end of history”—the Berlin Wall had collapsed, the Iron Curtain had come down, the Soviet Union had fallen apart, and U.S. President George H.W. Bush had offered the new, united Germany a “partnership in leadership.” In short, the Western system had prevailed—or that was, at least, the widespread conviction in most Western societies.

Twenty-five years after those revolutionary developments, the energizing startup euphoria has cooled down. Any sense of victory—if it ever existed in Germany—has been replaced by a deep-rooted sense of insecurity and anxiety.

An emerging Zukunftsangst overshadows German and European political discussions. Key concepts for our stabi-lity, like EU integration or the transatlantic partnership, are no longer absolutes. A new form of inward-looking
nationalism, propagated by political movements like the Front National in France or Alternative für Deutschland, think of themselves as being on the losing side of history.

This is even happening in Germany, although the country objectively looks like an oasis of prosperity or an island of stability in an ocean of conflict and turmoil. Even among the middle class, there seems to be an emerging nostalgia for the bipolar security of yesterday. This, of course, has always been a euphemism for what was in reality a grotesque product of the mutually-assured destruction posture adopted by the two superpowers.

Gone, for many, is the clarity of the old division: here the West, legitimated by democratic participation, respect for human rights, the rule of law, social welfare, and prosperity for all its citizens; there the East, with its autocratic regimes, human rights-defiant systems of repression, and ill-conceived systems of state capitalism.
The reason for such widely-felt insecurity is indeed a dramatic change within the global coordinate system.

In only two decades—less than a generation’s time—what seemed to be enduringly strong is now perceived as weak. What seemed to be superior has lost its attraction. New powers are looming over the horizon, ready to challenge, and even replace, the old (Western) order. During the 25 years of the European and German search for a common identity, the world has become a very different place—rather unexpectedly, for many.
Enhanced EU Integration is Without Alternative
Before I take a look at the Sino-German relationship within this new global set-up, it is essential to analyze some of the key factors defining Germany’s present political interests and policy options.

Despite the Greek crisis and Euroscepticism, there is no other alternative for Germany than to advocate for the further integration of the EU.

The present pessimism in some circles within our European societies is understandable, but nevertheless shortsighted. Calls for a voluntary ‘Brexit’ or a forced ‘Grexit’ are reflections of broadly-held positions. Nevertheless, they ignore the strategic logic of long-term European stability and sustainable economic prosperity.

The transformation of the old bipolar world into a new multipolar global system will not happen overnight, but it will happen. For the time being, the major powers in Europe continue to be able to play a particular role in global economic affairs, but this role will become increasingly limited.

It is almost a foregone conclusion that in the foreseeable future even Paris, London, and Berlin will no longer be in positions to protect their respective national interests without the support of other European partners.

It seems, therefore, highly unrealistic that Germany should aim to take on the role of European leader, as is being suggested these days by some of our foreign friends. Not only would it totally overstretch our ability, but would stand in contrast to the lack of political will among a majority of Germans to take on such a giant global responsibility.
When President Joachim Gauck, Foreign Minister Frank-Walter Steinmeier, or Defense Minister Ursula von der Leyen talk about the need for a more active German foreign policy—for example during the 2014 Munich Security Conference—this only reflects a readiness on behalf of an important part of the German leadership to participate, to a larger degree than before, in shouldering additional responsibility as part of broad European burden-sharing.