Luís Amado is Chairman of BANIF Grupo Financeiro, Vice-Chairman of the General and Supervisory Board of Energias de Portugal (EDP), and a member of the European Council on Foreign Relations. He is a former Minister of State, Foreign Minister, and Defense Minister of Portugal 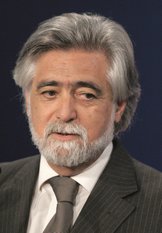 Why is the European situation becoming so dangerous? The basic answer is that beyond its ongoing financial and economic crisis, which continues to have dramatic social and political impacts—especially on its southern periphery-Europe is in the midst of a deep geopolitical crisis.

Europe is suffering, certainly, from the effects of a difficult process of adapting its economic and social model to the competitive conditions of globalization. As a result, Europe has levels of unemployment not seen in decades; social conditions in some countries are transforming national political landscapes.

Even if we were to have a ready-made way to manage a financial or economic crisis, or to fix a dysfunctional political system, in this era it is much more difficult to deal with geopolitical tensions and conflicts—especially when they bring to the surface old resentments and all the demons of European history.

Indeed, Europe is in the middle of a complex, deep, and multidimensional crisis that is endangering the project of European integration and threatening the stability of the whole continent. We cannot ignore the forces of internal disintegration and the tremendous external pressures from an unstable, and sometimes chaotic neighborhood—be it on our eastern borders or in the Mediterranean basin.

How can we guarantee peace for the next generations when war and disorder are spreading along our borders? How can young people imagine a future of progress and wellbeing when they are confronted daily with images of medieval brutality and inhumanity in our surroundings?

As we seek answers to these important questions, we should take great care not to forget our political miscalculations and other foreign policy mistakes of the last decade, which are partially responsible for the problems that we face in managing relationships with our neighbors. Learning from our own errors is always a good policymaking principle.

Germany and the Cold War
We are not at the beginning of a new Cold War. We are, more precisely, at the end of the old Cold War. We are still closing the process that began in 1989, with the unexpected fall of the Berlin Wall. This process is not finished yet. Decades after the implosion of the Soviet Union, the West and Russia have not yet been able to build a new and stable paradigm of peaceful relations and mutual trust. In addition, a united Germany has not yet been able to fully stabilize relations with its European allies in the context of the economic and monetary union. Lastly, we should bear in mind the geopolitical genesis of the euro—a direct consequence of German reunification.