The European Challenge - For both Europe and the Western Balkans 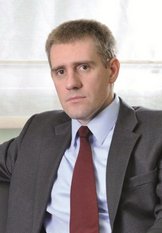 TODAY’S Europeans are more or less consumed by current events. The list of these is a formidable one, indeed. It includes: multi-year economic stagnation; rising youth unemployment; the Ukraine crisis; the Greek debt problem; the question of whether the UK will stay in the EU; the recent fear of an Ebola pandemic; tens of thousands of migrants from Northern Africa and the Middle East; the Islamic State and increasing terrorist attacks; the problem of worsening inter-cultural relations in a number of European societies; the rise of radical parties on the far left and far right; and the anxiety generated by the latest new wave of technological innovation, which has had a profound effect both on the labor market and on everyday life.

It is clear that today’s Europeans cannot remain indifferent to such developments. There is a broad range opinions on these topics and few are indifferent to them, as witnessed, for instance, on the question of Greece, where Syriza exercises power and is testing the waters for unorthodox ideas, or recently in the UK, where, against all odds, voters gave the Conservatives an absolute majority.

Where do we actually live? What challenges are we facing in Europe? Are we even aware of all of them? Do we realize that the pendulum is constantly swinging?

The world is in flux, and is becoming polycentric. What the Mediterranean once was and the Atlantic later became is now, geostrategically speaking, the Pacific. Such a strategic shift has had a devastating impact on the Eurocentric view of the world. This Copernican ‘twist’ means that the roads no longer begin in Europe, forcing us instead to band together and keep pace with the rest of the world. Looking forward in time, we can legitimately ask if the essence of the European interest is to be on the path of the New Silk Road.

All the challenges enumerated above are without doubt European challenges. They are challenges to Europe, and also to us in the Western Balkans—a region united by the common aim of becoming part of the European Union. To make things more complex, all the aforementioned challenges are relatively short-term in nature—as Europe, like other parts of the world, looks in parallel for answers to longer-term issues, such as climate change, energy needs, food security, and demographic decline.