Bert Koenders is Minister of Foreign Affairs of the Kingdom of the Netherlands. He is a former Special Representative of the United Nations Secretary-General and Head of the UN Operation in Côte d’Ivoire 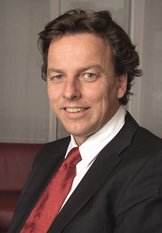 IN THE first half of 2016, the Netherlands will take the helm of the European Union’s Council of Ministers. As one of the EU’s founding members, we feel a special responsibility for the success of the Union as a whole. We are committed to making substantial progress on our common agenda, and to helping achieve our common goals. This issue of Horizons offers me the opportunity to look ahead and share my thoughts on the context and ambitions of our forthcoming EU Presidency.

Though we do not always realize it, the European Union is still young. Its evolution has been a succession of recurring decisive periods—of rapid change followed by consolidation. We are currently witnessing one of these defining periods. That is not only because of the internal social and economic challenges we face, but also because of the geopolitical challenges confronting us just beyond our common borders. While the global economic crisis has tested our economic resilience and social cohesion—and continues to do so—an arc of instability has formed around the Union’s borders, threatening our security and testing our outward unity and identity. The two are interlinked: internal unity enables external unity, but threats from outside can also help reinforce our common values and our shared resolve to defend them.

The institutional shape of the European Union is not only a product of its circumstances; it also acts upon them. The EU’s identity is shaped in the interplay between an external security situation exerting pressure from outside, and debate on the role and future of the Union doing the same from within. Constantly maneuvering between the Scylla of internal divides and the Charybdis of external threats, the Member States determine the EU’s course and define what it is and what it is not. The economic crisis and developments in the wider world have accelerated this process. The fundamental choices we make now will define how we perceive ourselves, and how others will perceive us, as the twenty-first century progresses.

Challenges within Our Borders
Newly designed Formula One racing cars are put through a ‘shakedown test’ before their first race. The car is subjected to an extreme test on a race-track to identify any parts that are not resistant to the highest possible pressure. In a sense, the economic crisis was our Economic and Monetary Union’s (EMU) version of a ‘shakedown test:’ it showed us which parts of the framework could withstand the pressure of the crisis, and which could not. Since the crisis began, huge progress has been made in addressing weaknesses and replacing or strengthening underperforming systems. Now, the EMU is slowly finding its way back to sustainable growth, although there is still much to be done.